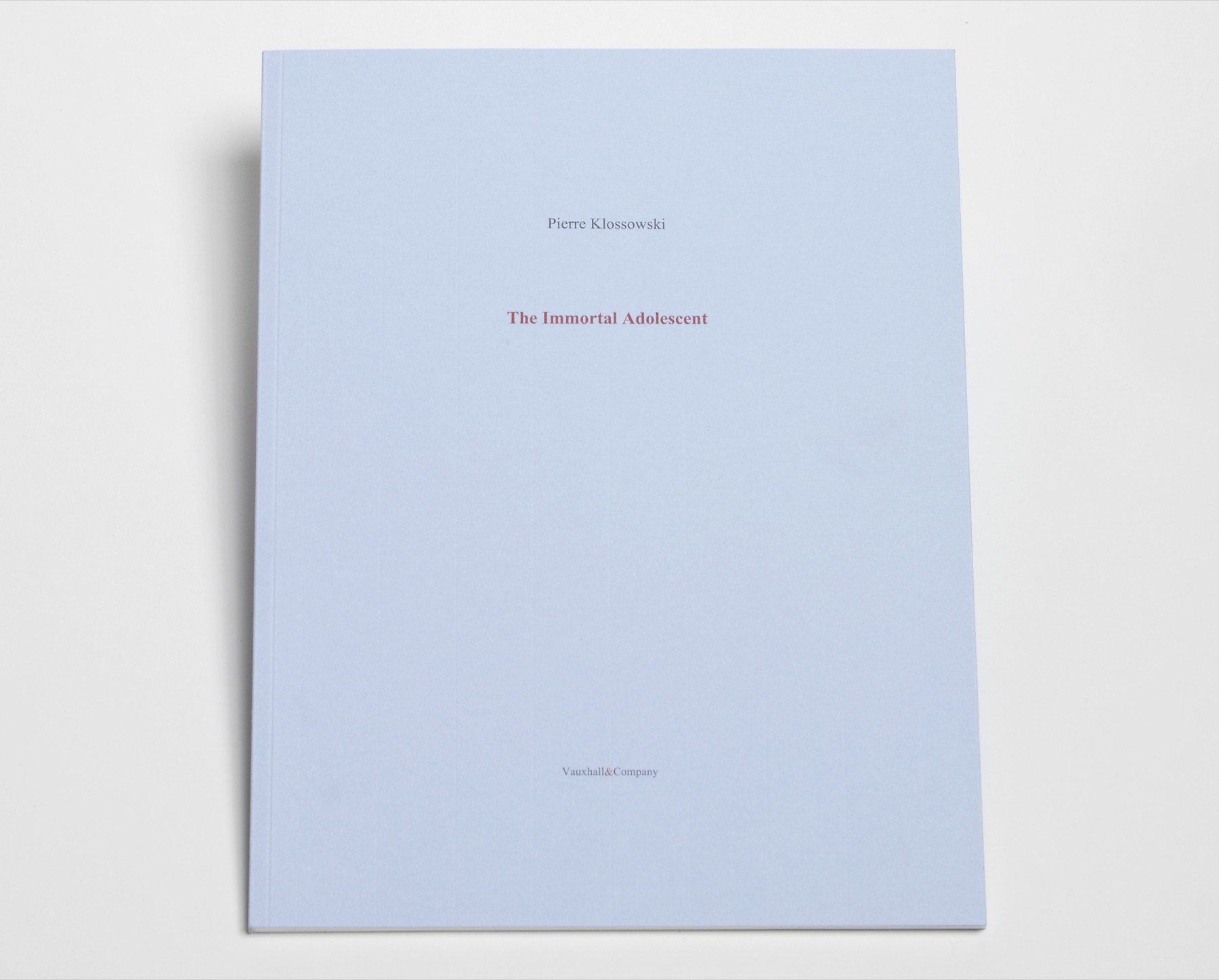 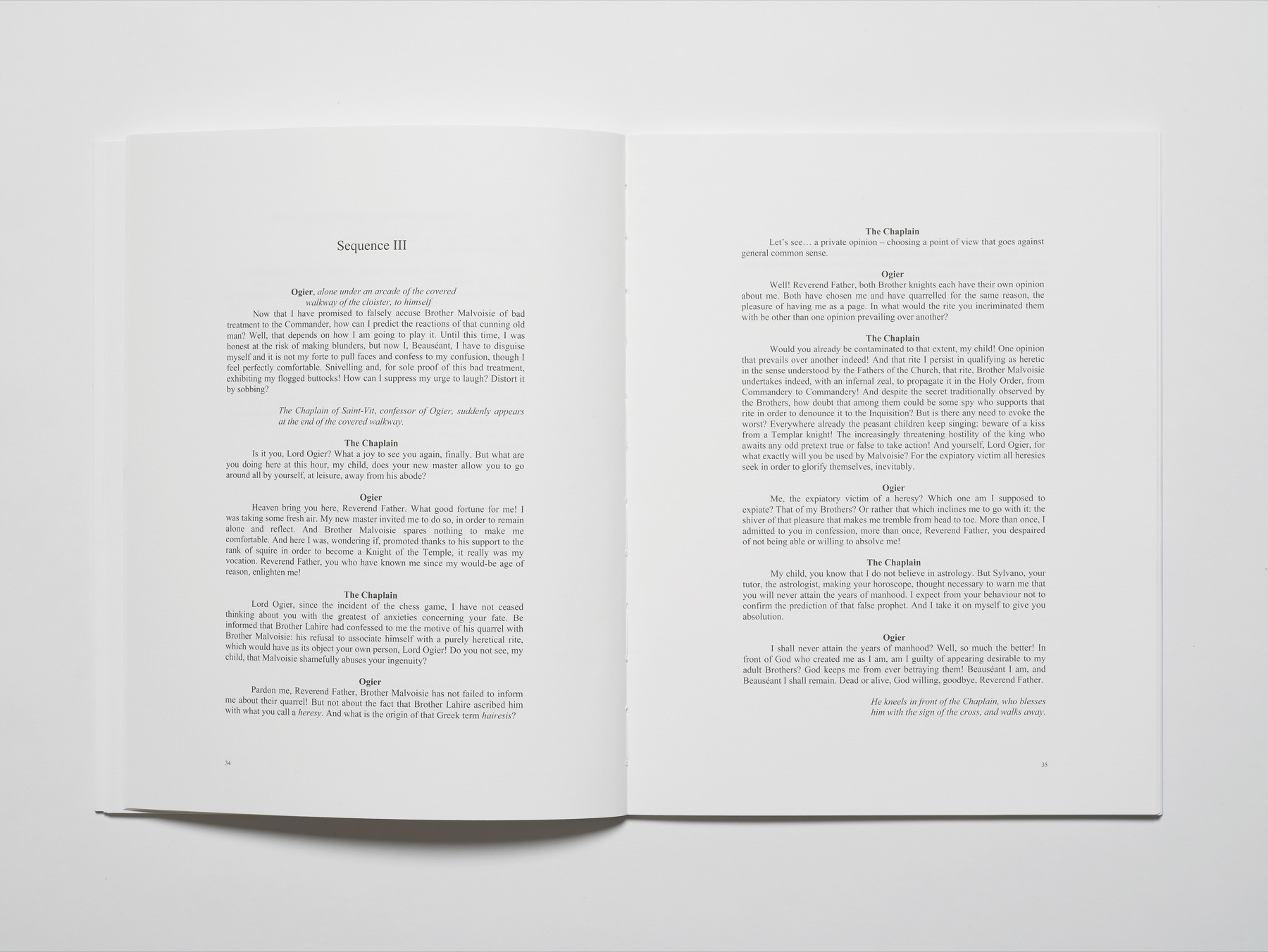 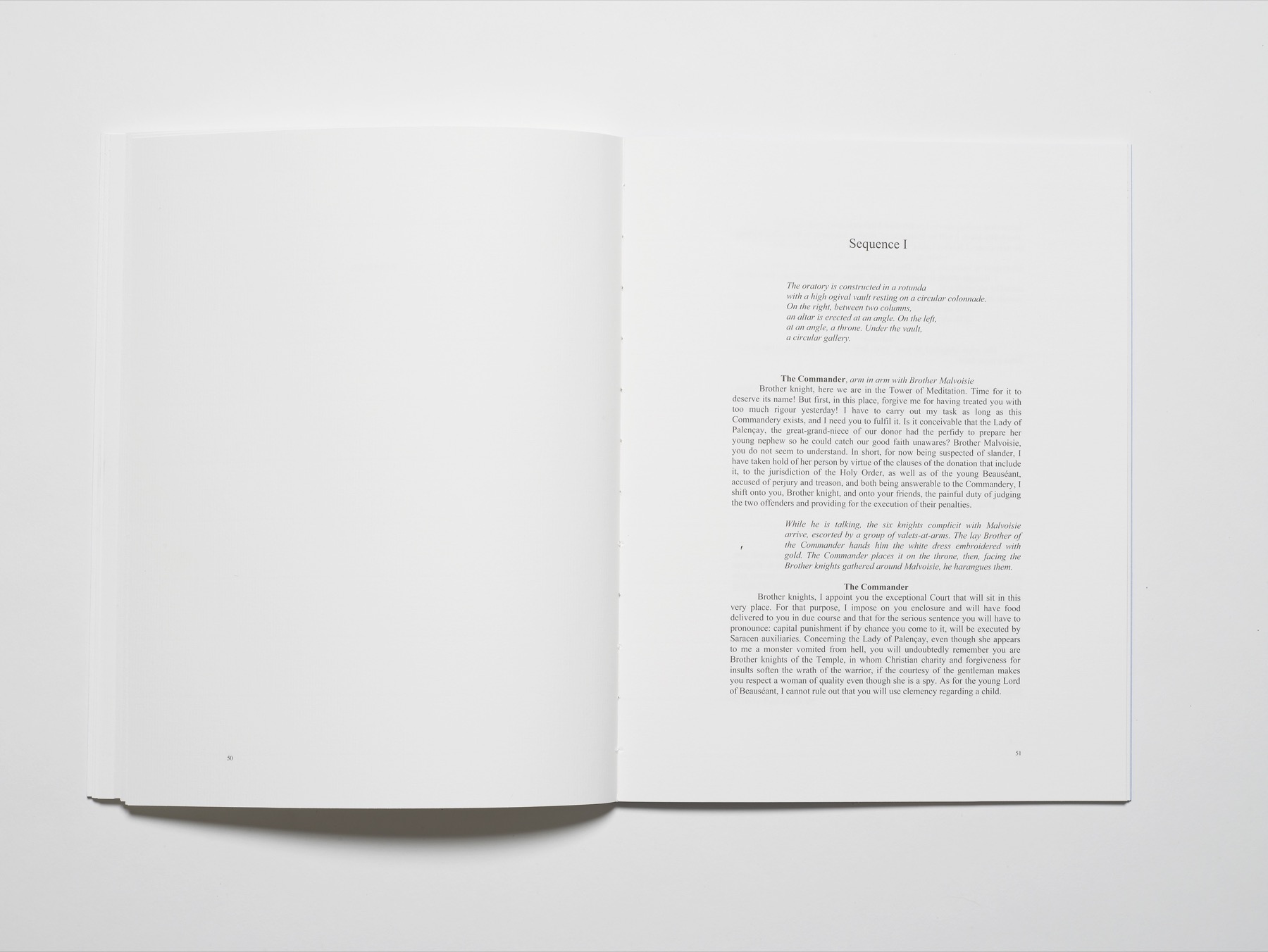 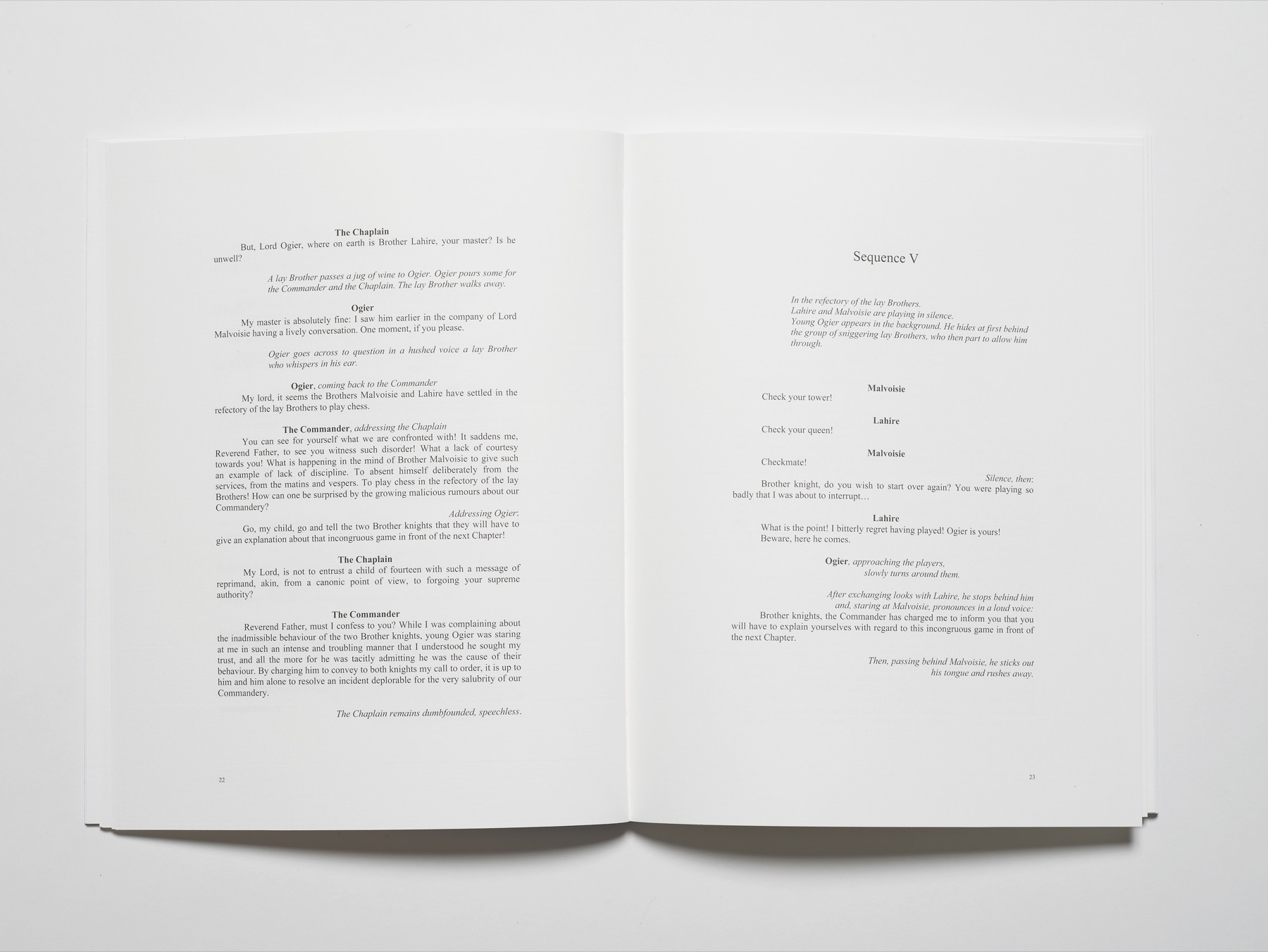 
Pierre Klossowski
The Immortal Adolescent
translated by Catherine Petit & Paul Buck
This book, his last, broke more than twenty years of silence from Pierre Klossowski the writer. Its origin: a commission in 1992 for a play by a Viennese theatre. Fascinated since childhood by this mode of expression, Klossowski immediately saw the character Ogier from The Baphomet on stage and set to work once again at his writing desk.
However, time had enriched his imagination, and aided by the excitement of a dramaturgical finality, he reworked his novel intently.
The commission running aground, he transformed the scenario into a récit. From the succession of metamorphoses The Immortal Adolescent was born. Today it presents itself as undauntedly identical to its first model as totally different from it. Such is the game of the cycle of time.
Pierre Klossowski
The Immortal Adolescent
translated by Paul Buck and Catherine Petit
Published by Vauxhall&Company, 2014
68pp. 245 x 310 mm
Edition of 150
ISBN: 978-0-9928355-0-7
£60.00
To place an order please click here