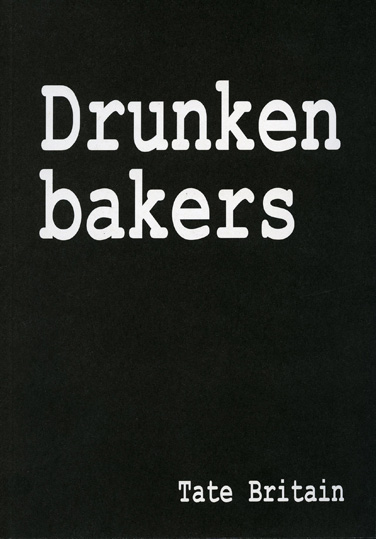 In 2006 The Drunken Bakers were the subject of a film by Mark Leckey. Leckey created a film using frames from the original strips to construct a narrative and added a soundtrack spoken by himself and his colleague Steve Claydon in Liverpudlian accents. According to Emily Mears,

By fading the screen to black between episodes, Leckey constructs an elliptical narrative that mirrors the sense of time lost by the drinkers and the viewer. The video plays in a white box with a white carpet; a clock projected onto the outside of the box tells a stuck time, the hour hand slipping back to three each time it manages to reach four.

In Roberta Smith's words, Leckey constructs "dreamy, druggy, disjointed variants on music videos...He has ingeniously filmed the comic strip with close-ups and jump-cuts, creating a kind of stop-action animation, and added a skillfully explicit soundtrack replete with convincing belches, slurps, breaking glass and vomiting." Smith says that Leckey's artwork is less an original work than an "adaptation or an homage" of the original cartoon.