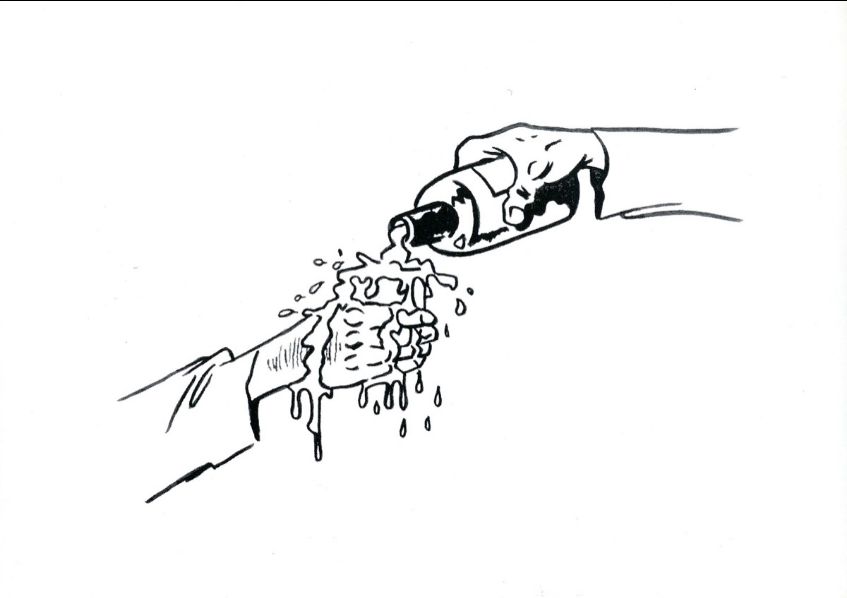 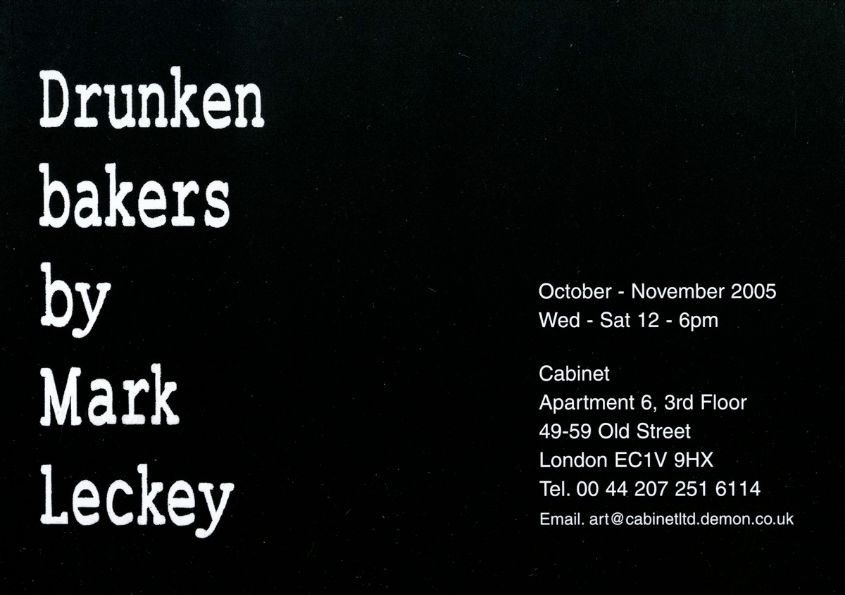 “Once the idea of the piece is established in the artists’ mind and the final form is decided, the process is carried out blindly. There are many side effects that the artist cannot imagine. These may be ideas for new works” [1]

The idea was that every issue of Drunken Bakers published to date (2005) was to be “performed” in chronological order. The artist Steve Claydon performed one part, Leckey the other.
A vocal booth was hired in London’s Soho and the artists arrived with shopping bags of alcohol (I like to imagine this included out of conceptual consistency every drink referenced in the comic strip, which is comprehensive). The performance also included the process of character formation, the personality of each Baker emerging under the increasing influence of alcohol, like an old school notion of creativity, but also as part of “blindly” carrying out the idea.
Mark striped the comic of printed dialogue and other details and then filmed the frames, adding fades and additional effects including all the Foley which had also been recorded in Soho.
The work was shown at the Cabinet in 2005. There was an attempt to turn the space into a blank page, adding white-out vinyl to the windows and fitting a white cord carpet; the carpet was left to become increasingly soiled for the duration of the show.
Leckey had never sought permission to use the Drunken Bakers comic strip, neither from Viz nor from the creators Barney Farmer and Lee Healey. I think the idea was that it would be shown once and once only and then withdrawn from circulation, basically hoping to get away with it. It also seemed part of the attitude of the work to simply keep going, regardless. A year or so later and having received invitations from other spaces it ended up being screened at a European institution whereupon Barney Farmer became aware of what was going on and a cease and desist letter appeared. A nervous meeting between Leckey, Barney Farmer and Lee Healey was arranged at Windmill Street, Leckey’s Soho flat. They all watched the video. Through a combination of generosity, good humour and empathy Barney Farmer and Lee Healey were forgiving, indeed supportive. Farmer and Healey went on to compose an episode of the comic strip in which the Drunken Bakers go to Tate Britain and encounter representations of themselves in the video, adding further nausea, confusion & disorientation to their intoxicated state. They are ejected from the museum. 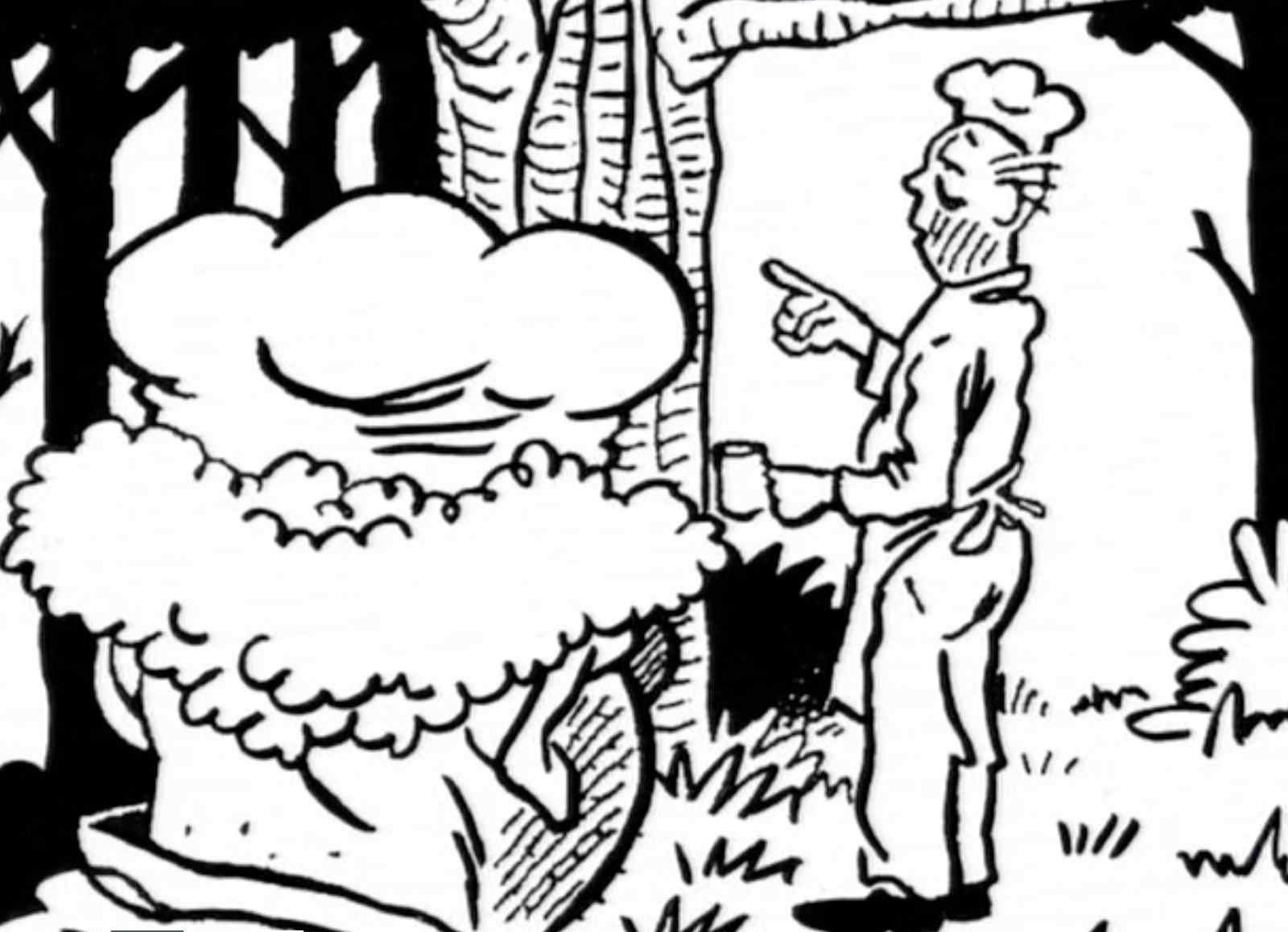 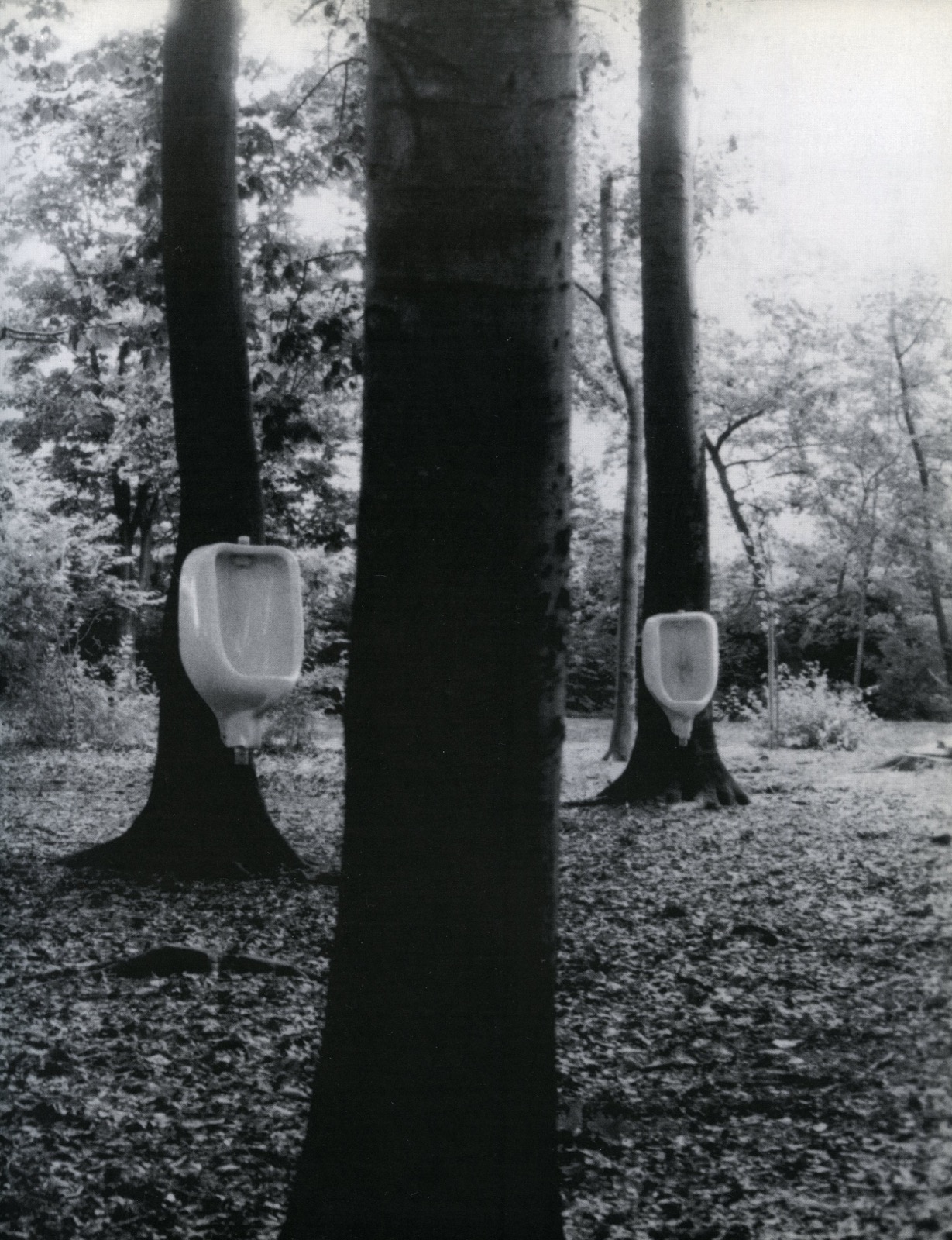 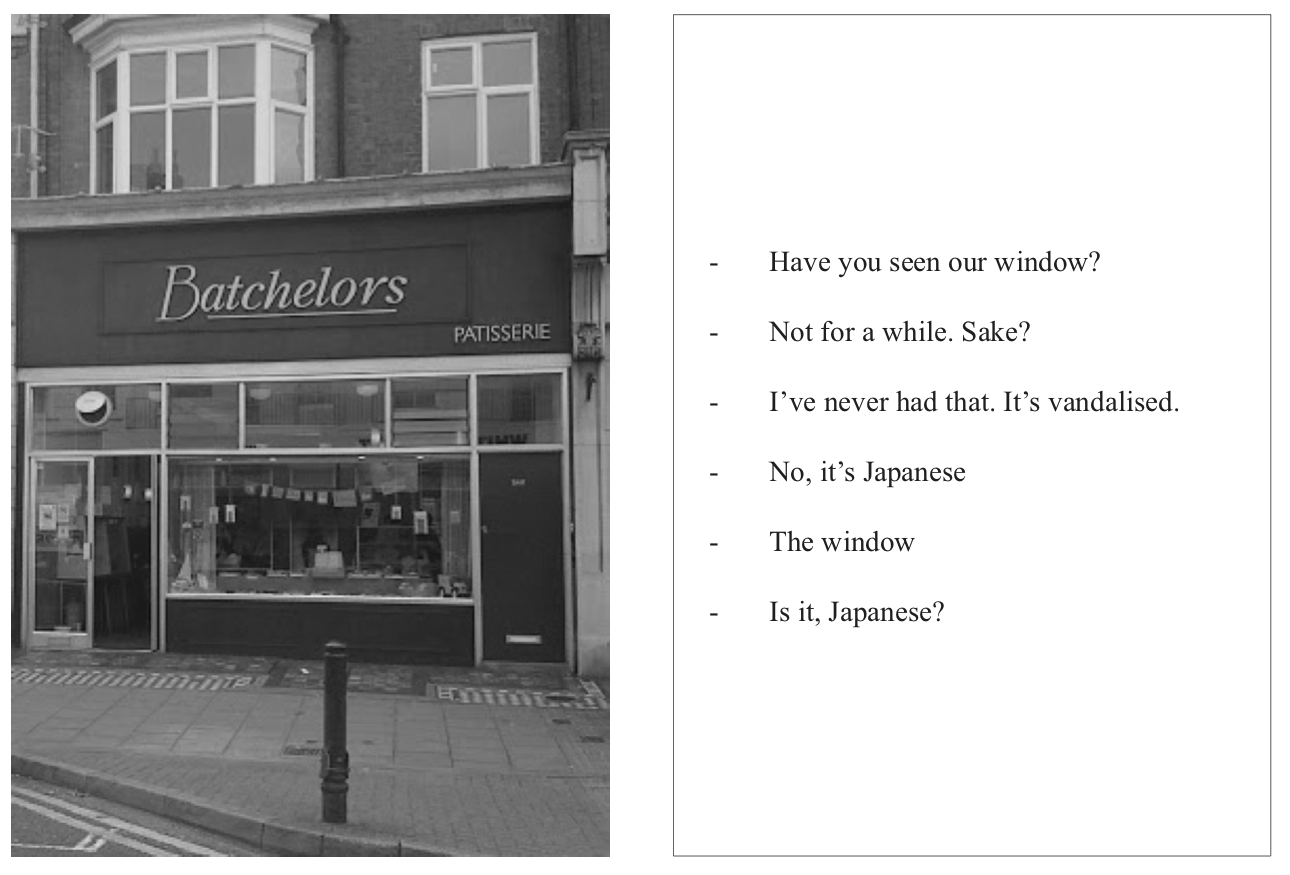 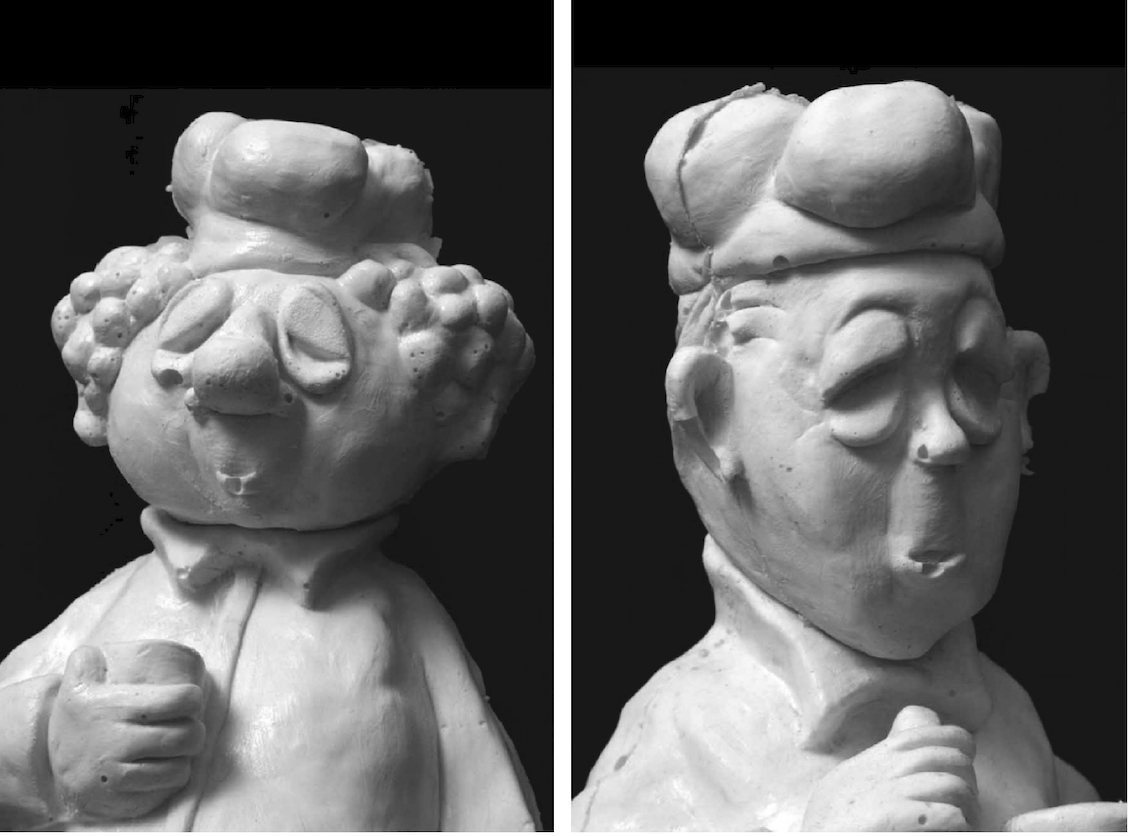 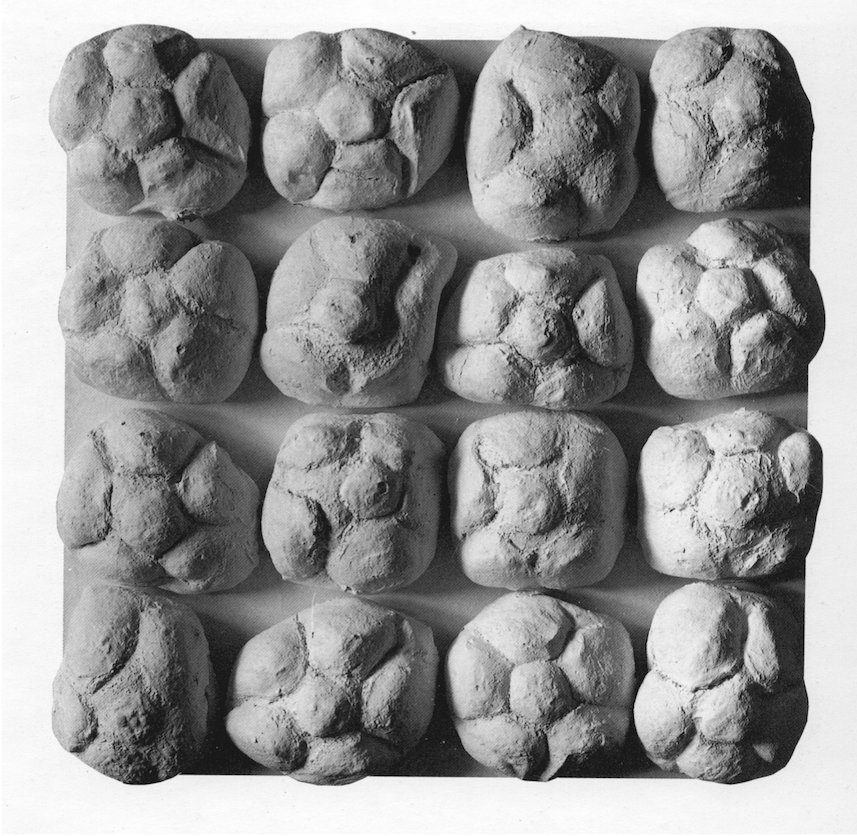 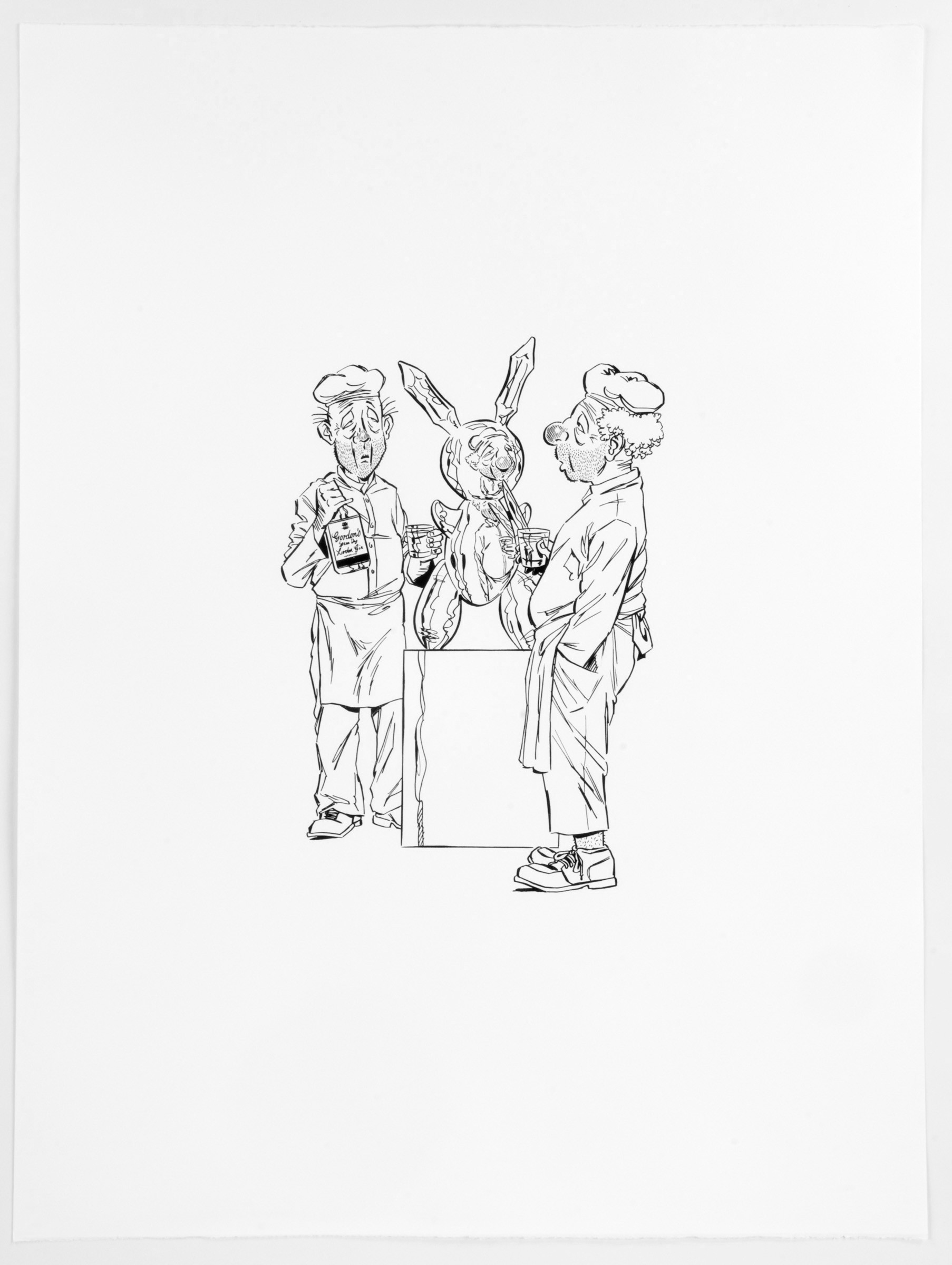 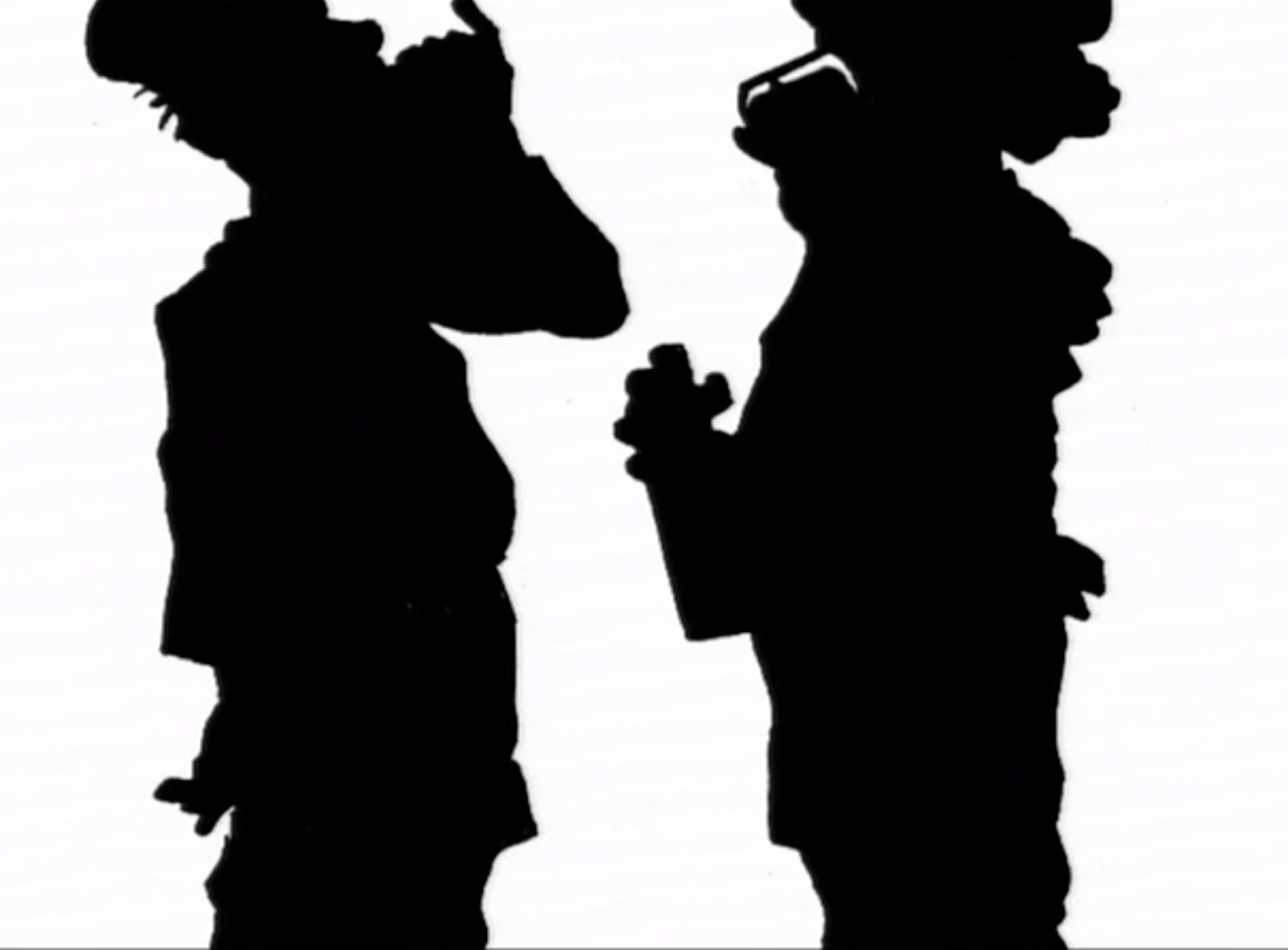 [1] “Around 2004 Mark Leckey and I were trying to curate a show together. We met often in the west end bars of London, but did very little. Mark wanted the show to curate itself. We continued to meet. Then Mark mentioned he had been reading Drunken Bakers in Viz magazine. Everything we had been looking for was there, he said. Mark went ahead, and I went home. The idea was of nothing being made, repeatedly. The show would produce itself and there would be no product. The material was pressed into a mould, baked, then reversed out. At the time there were numerous ideas and impulses connected to this action , but I cannot clearly remember what they were, not exactly. “ MM

[0] Not only is there no light at the end of the tunnel, there is no tunnel.

For if black and white are the colors of Abstraction and Representation,
Then off white is the color of their betrayal.

Where we are compelled to adopt an ethics of absurdity, we must experience these extensions as a
comic void.
[-1]

*
The alcohol
of poetry
Is the deceased
Silence
[-2]